A tornado is defined as a violently rotating column of air extending from a thunderstorm to the ground. The most violent tornadoes are capable of tremendous destruction with wind speeds of 250 mph or more. Damage paths can be in excess of one mile wide and 50 miles long.
Tornado varieties
Inland Tornadoes
Some tornadoes may form during the early stages of rapidly developing thunderstorms. This type of tornado is most common along the front range of the Rocky Mountains, the Plains, and the Western States.

Tornadoes may appear nearly transparent until dust and debris are picked up.

Occasionally, two or more tornadoes may occur at the same time.

Tornadoes over water: Waterspouts
Waterspouts are weak tornadoes that form over warm water.
Waterspouts are most common along the Gulf Coast and southeastern states. In the western United States, they occur with cold late fall or late winter storms, during a time when you least expect tornado development.
Waterspouts occasionally move inland becoming tornadoes causing damage and injuries.

Thunderstorms develop in warm, moist air in advance of eastward-moving cold fronts. These thunderstorms often produce large hail, strong winds, and tornadoes. Tornadoes in the winter and early spring are often associated with strong, frontal systems that form in the Central States and move east. Occasionally, large outbreaks of tornadoes occur with this type of weather pattern. Several states may be affected by numerous severe thunderstorms and tornadoes.

During the spring in the Central Plains, thunderstorms frequently develop along a “dryline,” which separates very warm, moist air to the east from hot, dry air to the west. Tornado-producing thunderstorms may form as the dryline moves east during the afternoon hours.

Along the front range of the Rocky Mountains, in the Texas panhandle, and in the southern High Plains, thunderstorms frequently form as air near the ground flows “upslope” toward higher terrain. If other favorable conditions exist, these thunderstorms can produce tornadoes.

Tornadoes occasionally accompany tropical storms and hurricanes that move over land. Tornadoes are most common to the right and ahead of the path of the storm center as it comes onshore.

How Do Tornadoes Form?
Before thunderstorms develop, a change in wind direction and an increase in wind speed with increasing height creates an invisible, horizontal spinning effect in the lower atmosphere.

Rising air within the thunderstorm updraft tilts the rotating air from horizontal to vertical.

An area of rotation, 2-6 miles wide, now extends through much of the storm. Most strong and violent tornadoes form within this area of strong rotation.

A lower cloud base in the center of the photograph identifies an area of rotation known as a rotating wall cloud. This area is often nearly rain-free. Note rain in the background.

Moments later a strong tornado develops in this area. Softball-size hail and damaging “straight-line” winds also occurred with this storm.

Where and When do Tornadoes occur

Although tornadoes occur in many parts of the world, these destructive forces of nature are found most frequently in the United States east of the Rocky Mountains during the spring and summer months.
In an average year, 800 tornadoes are reported nationwide, resulting in 80 deaths and over 1,500 injuries.
Remind this:

How many tornadoes occur in the U.S. each year?

About 1,200 tornadoes hit the U.S. yearly. Since official tornado records only date back to 1950, we do not know the actual average number of tornadoes that occur each year. Plus, tornado spotting and reporting methods have changed a lot over the last several decades.

Where is tornado alley?

Caution:
Some tornadoes appear as a visible funnel extending only partially to the ground. Look for signs of debris below the visible funnel.

Some tornadoes are clearly visible while others are obscured by rain or nearby low-hanging clouds.

Install an app on your phone (e.g. Weather.com; Red Cross Tornado Warning) and activate alerts and in the event of a Tornado and power outage listen on the radio (best is battery powered) to NOAA Weather Radio

or to a commercial radio station, and watch out on your television for the latest tornado WATCHES and WARNINGS.
When conditions are favorable for severe weather to develop, a severe thunderstorm or tornado WATCH is issued.

What To Listen For…

Remember, tornadoes occasionally develop in areas in which a severe thunderstorm watch or warning is in effect. Remain alert to signs of an approaching tornado and seek shelter if threatening conditions exist.

What to do?
If a Warning is issued or if threatening weather approaches:

Occasionally, tornadoes develop so rapidly that advance warning is not possible. Remain alert for signs of an approaching tornado. Flying debris from tornadoes causes most deaths and injuries.

Environmental Clues
Look out for:

Caution:
Some tornadoes appear as a visible funnel extending only partially to the ground. Look for signs of debris below the visible funnel.

Some tornadoes are clearly visible while others are obscured by rain or nearby low-hanging clouds.

MYTH: The low pressure with a tornado causes buildings to “explode” as the tornado passes overhead.
FACT: Violent winds and debris slamming into buildings cause most structural damage.

MYTH:Windows should be opened before a tornado approaches to equalize pressure and minimize damage.
FACT: Opening windows allows damaging winds to enter the structure. Leave the windows alone; instead, immediately go to a safe place. 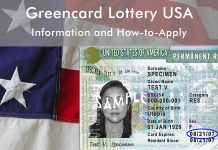 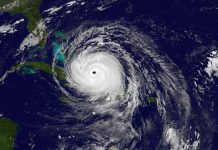 Camping in the USA — Tips for your vacation

2019-Nov-30
We use cookies to ensure that we give you the best experience on our website. If you continue to use this site we will assume that you are happy with it.Ok