Many say that this is the most impressive stretch of Highway No.1: on your west side you have the Pacific with a steep coastline and on the east side the 5.000 ft (1,500 m) Santa Lucia Mountains.

Where is Big Sur Coast

Big Sur Coast, that’s a 90 miles experience, which is located between Carmel-by-the-Sea (located at the south end of the beautiful Monterey Bay) and Hearst Castle (a smidge north of San Simeon).

It is the stretch: Carmel – Big Sur – San Simeon (from north to south)

The town of Big Sur is located ca. 60 miles north of San Simeon and ca. 30 miles to Carmel-by-the-Sea.

The city is renowned for its numerous residences of celebrities. One of the most visited attractions is one of the most famous Spanish missions, “Basilica San Carlos Borromeo del Rio Carmelo”, which was built in 1771 and where Father Junipero Serra, who started the missions, found his last rest.

In the area of the town of Big Sur

Bixby (Creek) Bridge is said to be the world’s highest single-span concrete arch bridge. You cross the bridge on your trip on Highway 1: it’s situated 18 miles south of Carmel.

Point Sur Lighthouse is a turn-of-the-century lighthouse near the town of Big Sur and is open to the public. It was established in 1889 and nowadays still active.
Located ca. 25 miles south of Carmel and just north of Pfeiffer Big Sur State Park.
Website: http://pointsur.org/

West of Big Sur there is a “do-not-miss” spot: Pfeiffer Beach, a really small, but very romantic beach, which is popular among visitors to wait for the sunset. The road to the beach is not easy to see from Highway 1.
Sycamore Canyon Rd. is about 2 miles long, beginning somewhere between the post office of Big Sur and the Pfeiffer Big Sur State Park

This beautiful park features redwoods, conifers, oaks, sycamores, cottonwoods, maples, alders and willows – plus open meadows. Wildlife includes black-tail deer, gray squirrels, raccoons, skunks, and birds, such as water ouzels and belted kingfishers. Hikers can enjoy the many scenic trails, including a self-guided nature trail. Some campsites are along the Big Sur River.

This state park is named after Julia Pfeiffer Burns, a well respected pioneer woman in the Big Sur country.
The park stretches from the Big Sur coastline into nearby 3,000-foot ridges.
It features redwood, tan oak, madrone, chaparral, and an 80-foot waterfall that drops from granite cliffs into the ocean from the Overlook Trail.
A panoramic view of the ocean and miles of rugged coastline is available from the higher elevations along the trails east of Highway 1.

Whale Watching
In December and January the bench at the end of Overlook trail is an excellent place to watch for gray whales migrating southward to their breeding and calving grounds off the Baja California coast. Many whales pass close to shore at this point, and occasionally one will come into the mouth of the cove. In March and April, they can be seen returning north to their summer feeding grounds in the North Pacific.

Between Partington Point and McWay Creek is the Julia Pfeiffer Burns Underwater Area, which was established in 1970 and is now a scuba diving area. The rocky shoreline is the access to the underwater park. Special-use permits allow experienced scuba divers to explore the reserve.

McWay Waterfall House
The terrace is all that remains of Waterfall House, the residence of Lathrop and Helen Hooper Brown. When the Browns began to acquire their Big Sur acreage in 1924, Mrs. Brown became acquainted with Julia Pfeiffer Burns, the daughter of a Big Sur pioneer family. In 1962, Mrs. Brown gave the ranch to the state for use as a state park dedicated to the memory of Julia Pfeiffer Burns.

Piedras Blancas Elephant Seal View Point
Near San Simeon, shortly before you reach Hearst Castle. At this scenic view point you can watch the Elephant Seals Colony that rests just a few steps away from you.
GPS coordinates ca. N35 39.36 W121 15.85

At sunset you will experience the most beautiful scenery and atmosphere here – and as a bonus: the Piedras Blancas Lighthouse (in northern direction from here) as a back drop…

Piedras Blancas is located on California’s central coast, just north of San Simeon. The point is named for a white rock out cropping located just off the end of the point. In the early 1870’s, this location was chosen to fill the gap between the lighthouses at Point Conception and Point Sur.

The Piedras Blancas Lighthouse was completed in 1875. A two story Victorian style dwelling was completed later that year. The original tower was 115 feet tall and housed a first-order Fresnel lens. A fog signal building and additional keeper’s dwelling were added in 1906.
Piedras Blancas lighthouse was operated by employees of the US Lighthouse Service until 1939 when the Coast Guard assumed command. Structural damage to the tower and new technology eventually replaced many of the functions of the lightkeepers as they became automated. The Coast Guard subsequently relinquished control and management of the Piedras Blancas Light Station to The Bureau of Land Management on October 12, 2001. 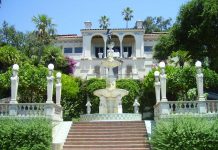 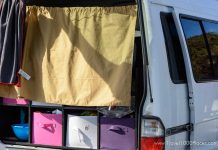 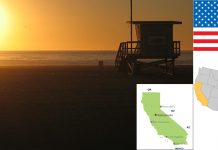 2019-Mar-11
We use cookies to ensure that we give you the best experience on our website. If you continue to use this site we will assume that you are happy with it.Ok